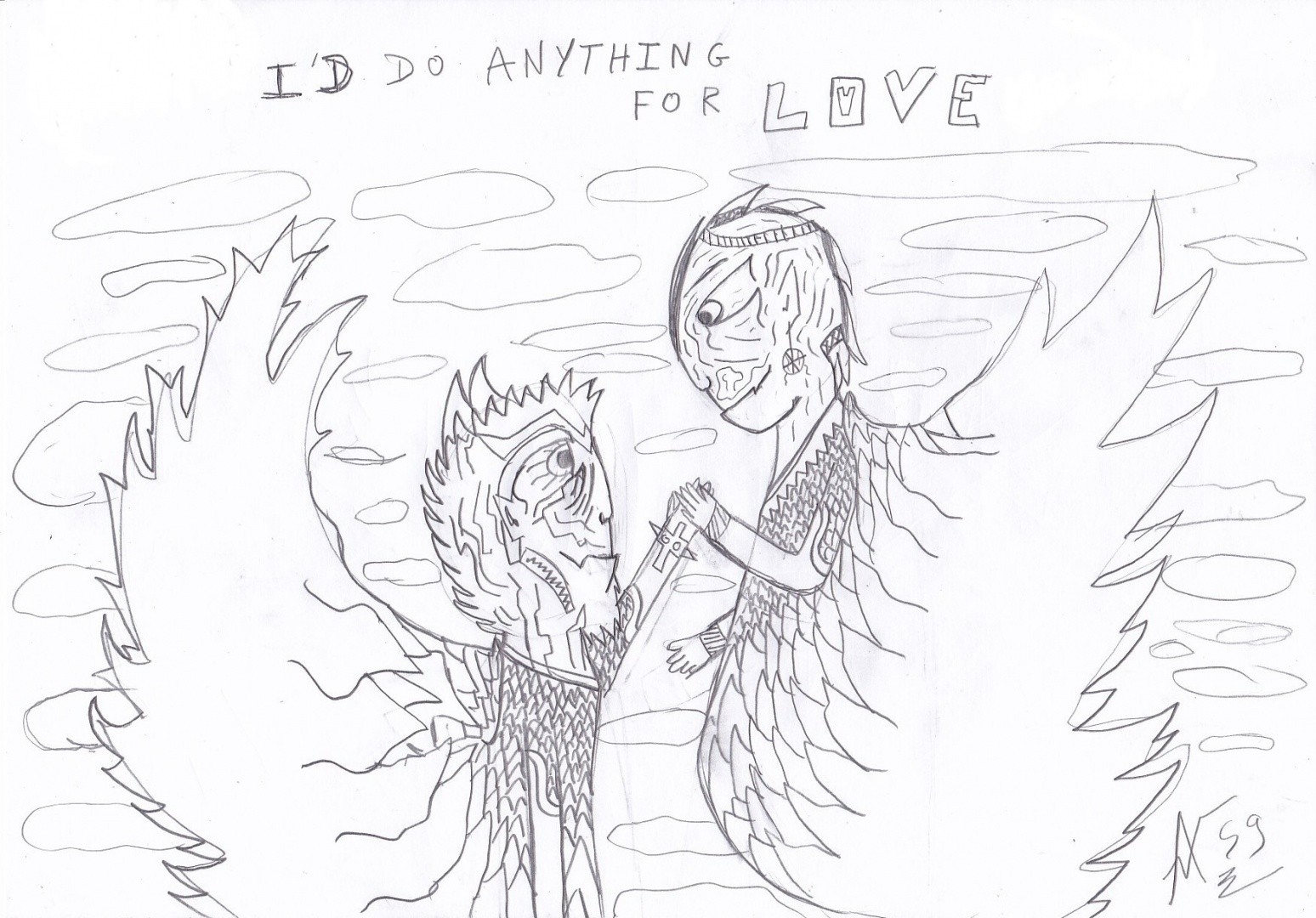 I'd Do Anything For Love

How to be honest with you, I think I still have my problem of behavior on the criticism, even if I know better to control myself than before, too bad, because as this music says well: "I Do Anything For Love" I would do everything for the sake of my simplistic craft & design criticism, as this is the simplest art form to practice and that any person would draw and express all these emotions on a piece of paper , So much the worse of the critics who may be there to do good and teach me something, but I like to learn from myself and discovered to do such and such a way of doing, because like an ed wood that makes his cinema , It will be the same for my case of the drawing, each critic will be ignored or not for sentimental reasons and that it always thinks about my years of school, now I am free to do that I want to make, Face the world and say that is really not with the help of people much more crazy & creative than me, because I do not draw that new character & landscape for better try to improve my art but by spanking it evolve to have a solid Character and personality trait that Darkin, Kumo, VIC & Gonk will still have to learn, And over the years, he may have a story, a myth, a new character or anything to come up with a trick, and make a solie universe and I would see in the future who will be doing, post Other, urban city, Revolution, mediaeval, survival, musical, banana republic cuba way, rebellious, doping, And still any possible and imaginable theme to make it a huge universe that snatch so much that will be super, even the sensitive subject touched on in the news or universal, My God, it will be incredible to do, and again, it's just that porils to see that I can do with my character or new future, then such a Buddhist monk, I will meditate and train on techniques And possibility of the pencil, gum, felt and lociel of retouching & graphic tablet, Reviews & Rock n 'Blues are welcome, Long Live the Free Pencil, I am a crazy in the realm of the crazy, your friend and crazy, AV59.