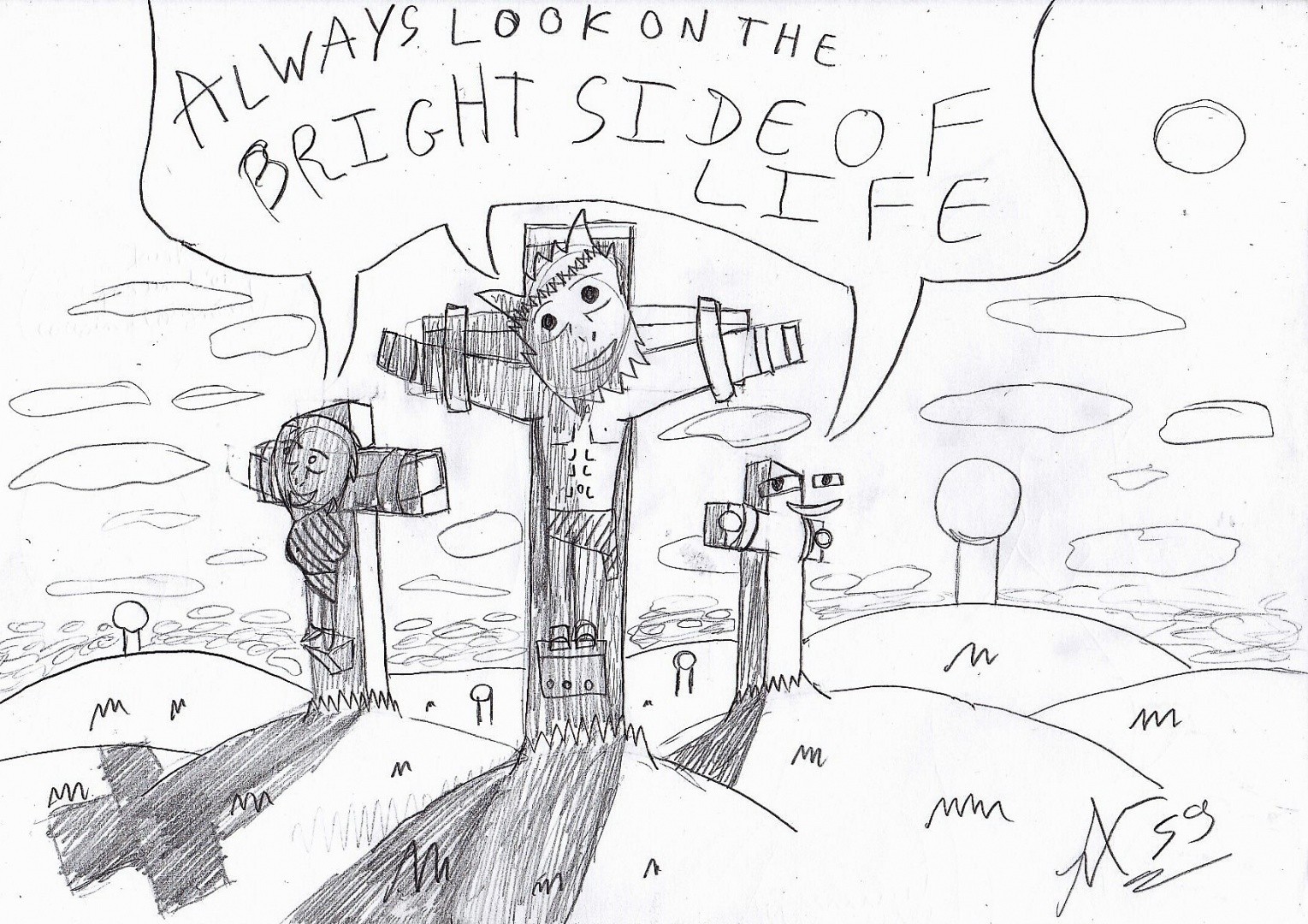 Always Look On The Bright Side Of Life

It is the song that is in my opinion, the most positive that is despite are bad taste, for who knows, it's just a Monty Python song in "The life of brian", whose humor is just a Criticism of religions and who requires a good knowledge of British humor, because the film has sometimes asked me a lot of question with some forced laughter on some stage, otherwise the film is good but with a lot of knowledge Know before looking at it, But that he made the film cult in my opinion, it is this music sung at the end while he is crucifying and that they will die despite the harm that Brian still asks the question: I am not the messiah , But precisely, this is the most bizarrely positive side of the film, because in spite of that he will die, he sings one last time always Look the good side of the life, and not the opposite ! This music is the pantheon in the hearts of the British, because even in funerals, sang this song, a blues hit, listening to this song after, I will not come out all the morbid stuff that people have kind of cancer or Divorce, but hey, who's on is that the British are better for humor, go and find out why, even I do not know. If not, Avis & Conseil are welcome, Vive Eric Idle ^^