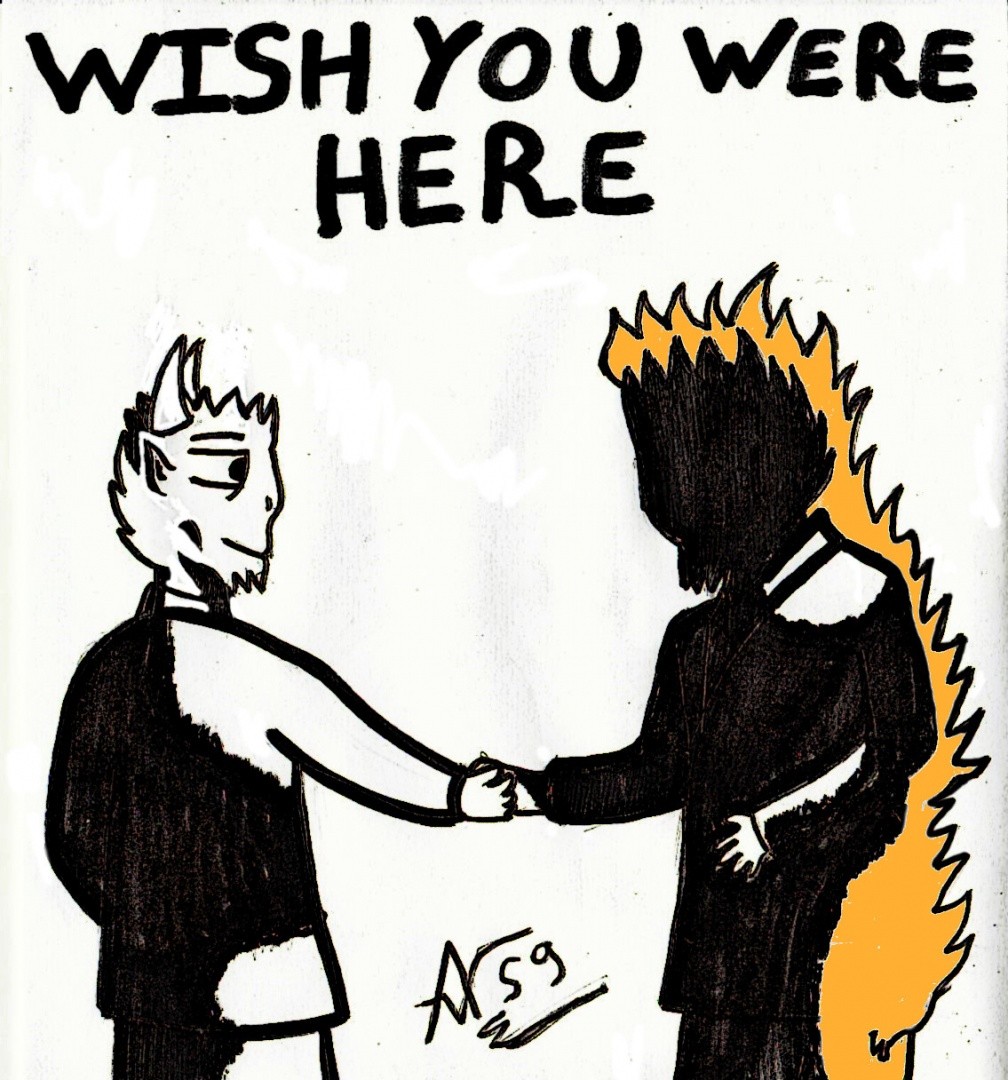 Wish You Were Here

It's been a long time since I tried to remake the cover of the album "Wish You Were Here of Pink Floyd", I love this cover art which I wanted to stay faithful and much better work on this image . But for that, it had a lot of thing in the picture that cause me problem for trying to make it simpler than I used to do, namely, the prospect of huge studios that gives a lot of work and both character to Much detailed, because there are many games of shadow and light to manage and draw only with the two characters, and the famous flame of the guy right, To summarize, I'm just focused on the two characters, because it's precisely to find it cool and stylish in this cover, namely, Two person who resembles oddly and that the one on the right, Burned lives, while the other, Sense ball the balls that his twin brother burns like a shit, And that can be represented on several ideas, such as the encounter with the devil, the famous and again Ying & Yang, good after it is up to you to see that it can still represent, But who is sure is that Pink Floyd Have always inspired me for imagery that make you dream (like other English bands for that matter) to make you travel in their universe that sometimes speaks of the real & the nonsense that makes you escape in another world, It's even why I love English and American bands more than French music, because we escape more and we travel will know in what delirium, that of all time to speak "love" every 5 minutes , Even per second., It may be good, but it's boring to force.