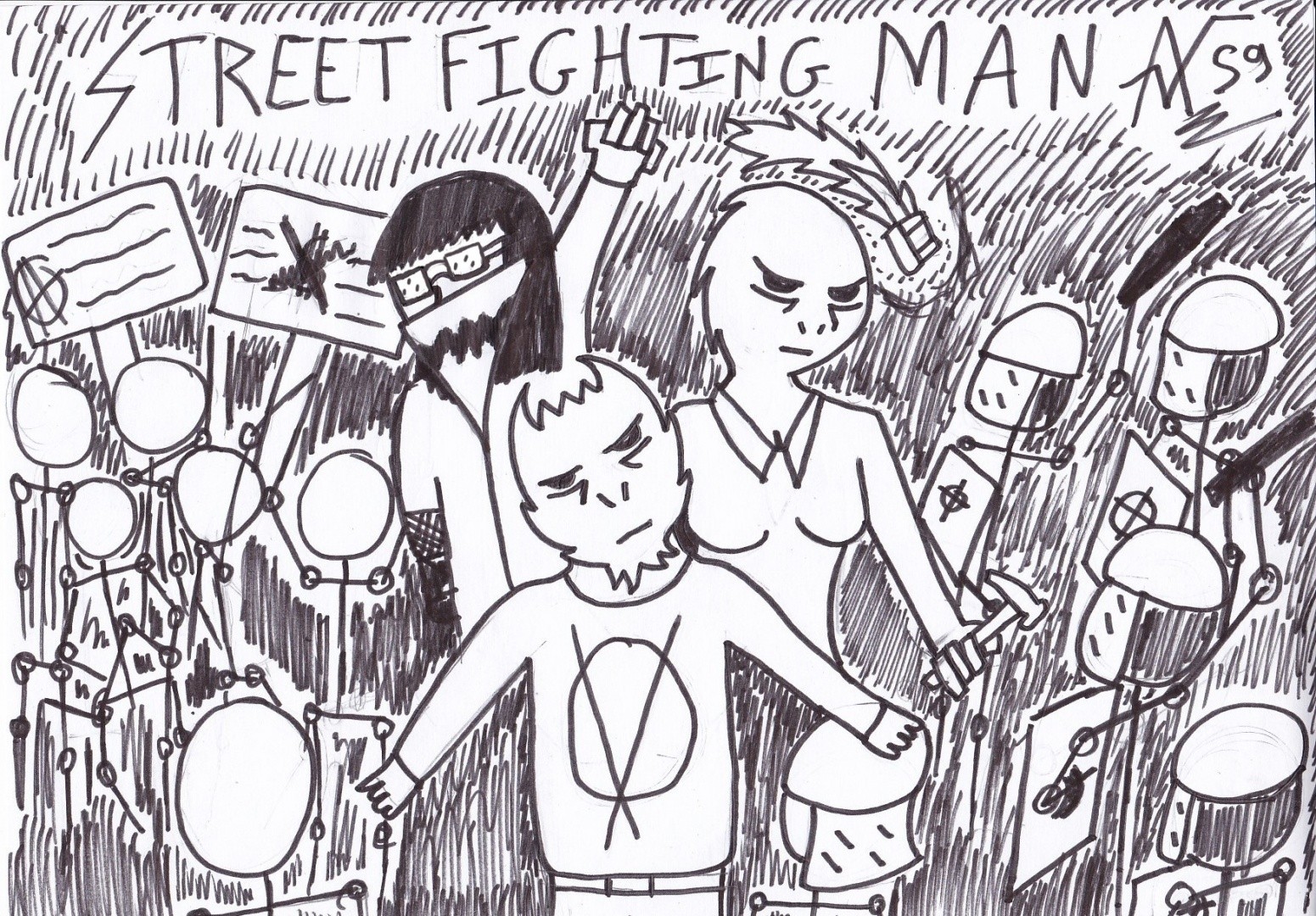 This is a music that inspires me, because even if I am a pacifist, sometimes we have to fight to have rights that we think are right for every respectful citizen, because for years many of these people have been beaten and made A new culture to have that we have today, but unfortunately, other high-placed person trying to destroy this alternative so as to make it old-fashioned, ridiculous and even too embarrassing in the name of power, Because, France may have made May 68 and other manifestations that mentalities have not change, just that they are to know, they take themselves for the best without helping anyone, fart higher their asses Calling himself Cultivated & Bobo's, and above all, spoils any culture in the world so that it is at the same level as him with in addition to falling so much into these clichés and stereotypes that we know more that is true or Nan, for it is not the first time that in my drawings I speak of France, and that I know a good about this country, Indeed, by watching the same comedy films, drama and rare French film of the genre remain (action, adventure, horror, fantasy), to listen to the same music to the classical instrument and to the word of total annoyance and to tell All the same bullshit that has been dated since the French Revolution, we are really the kings of the cons, because there are other countries that are made manifestations and made countercultures that are more the same, after these countries also Makes mistakes, but at least they assume that he did, even if it's bad example to not follow, For France does not assume that he is doing in his country, whether he is a cultural or a citizen, after you are surprised that we do not groan like pigs, that we make strokes and that our policy is crap, Nan is nothing, it's just ordinary, it's like this, they purposely make hate France, while we just want some change of nothing at all to improve the way of life of the people, because the World sees us with these stereotypes and stereotypes that stick us to the skin for centuries, cliché that they too are worse, but they assume that they are, whereas we, it is totally misusing to make it the " Overdose, One day, France will end up as in V for Vendetta, because in today's situation, we are not far off, and for the irony I said: "Vive la France", which is really ironic for my Share.