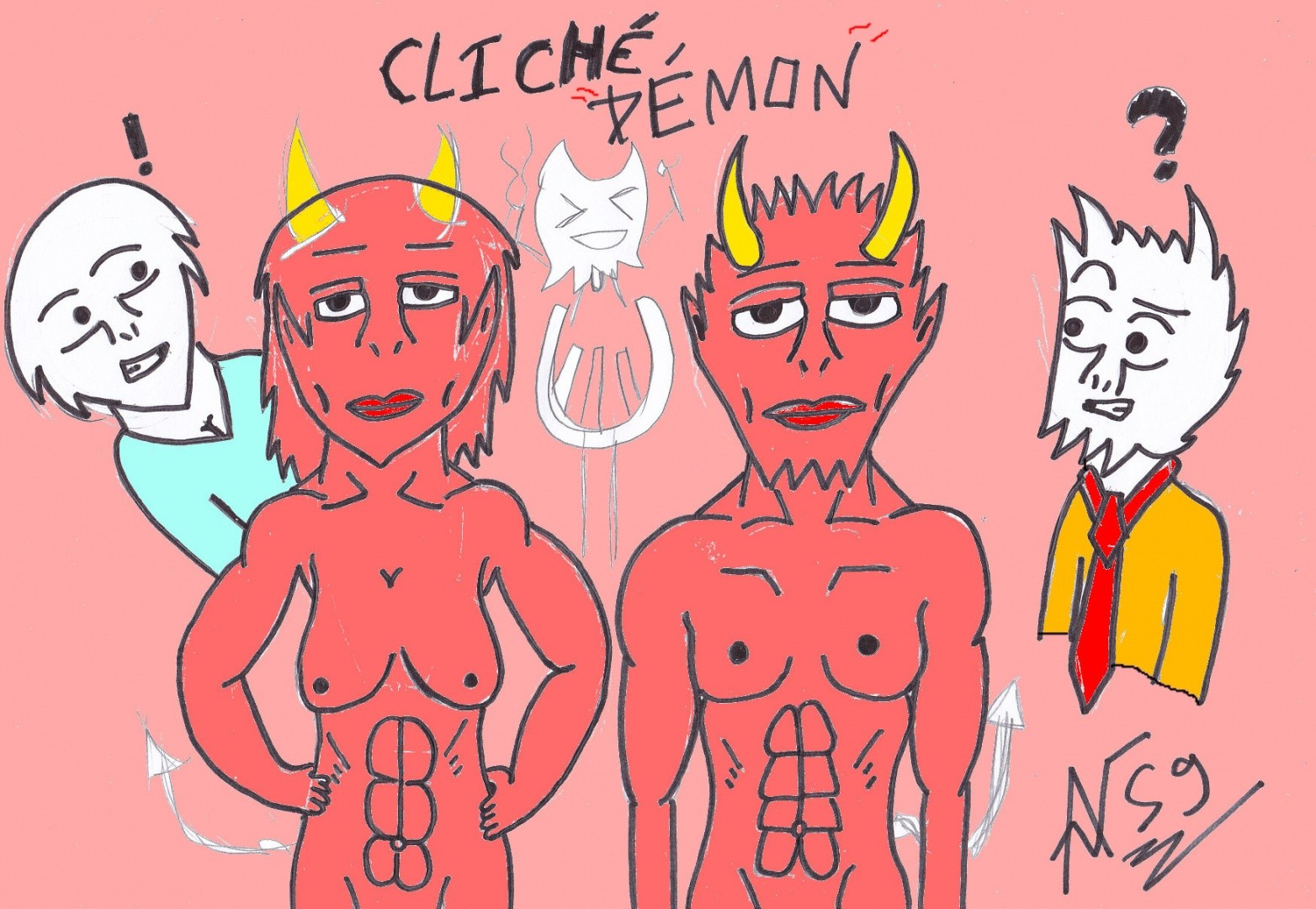 s to speak of his famous cliché of the Demons, as it is the most wicked, that have red skin, sometimes they have black horn, white or even yellow and that they are all muscle like bodybuilder (After the list is also long) Because after the evolution of my character, I do not want to fall on its clichés which at the beginning are the to make class and give a warning, because if it is human who will do anything, will be just ordinary, While demons, ben we can expect it to do a lot of dirty or even unhealthy things (way of speaking), and then it's still class to see them in parody mode right hell out of satan XD