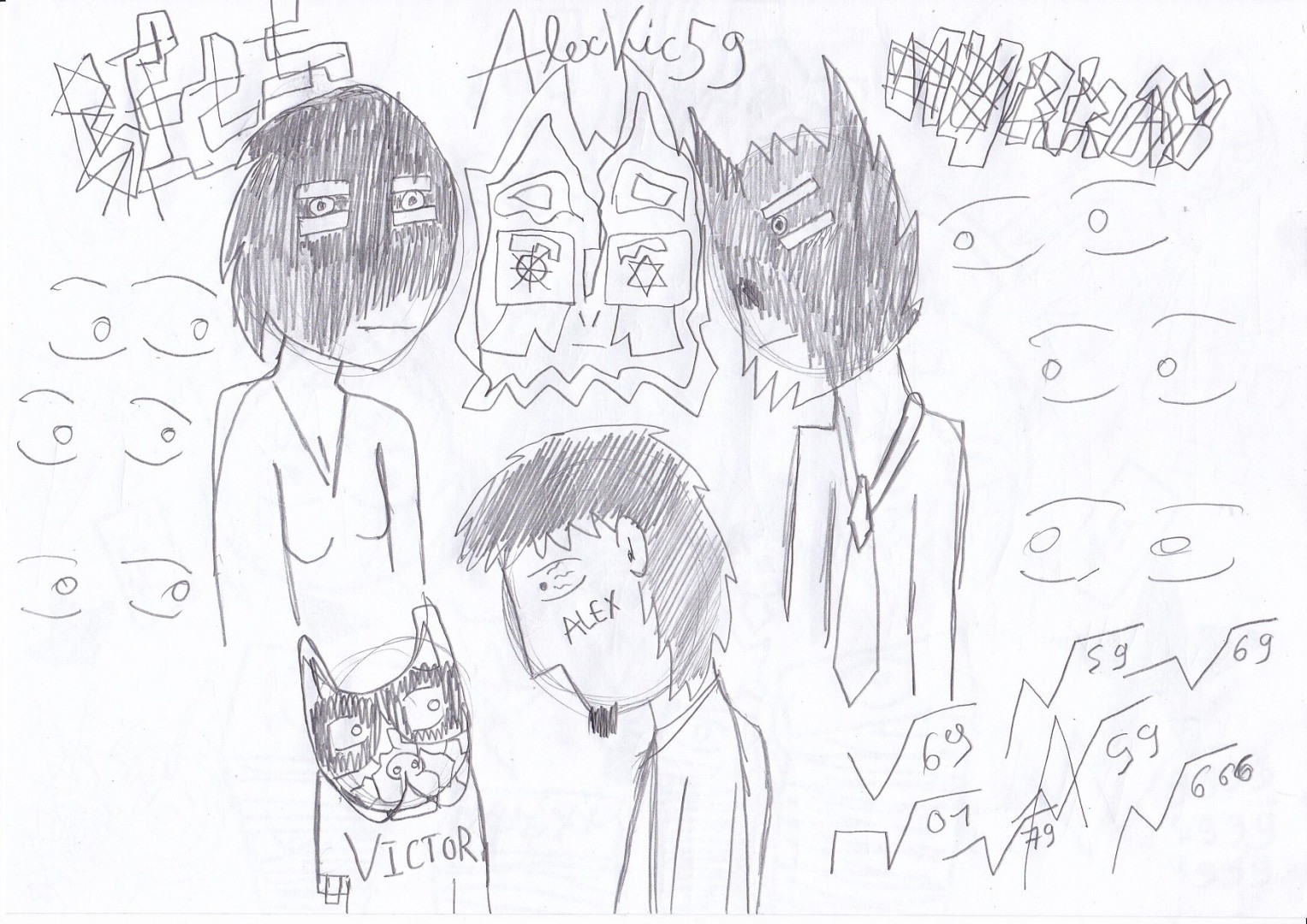 This is my 3rd message, and will be more interesting than the others, For as the title says well, I'll talk about my creations and talk about my dead dog, yes it's morbid as a subject, but without my bulldog Victor, I will never find my name Creator, because in my family have much love this dog, which makes us laugh all his life, but since 2015, Victor died of natural cause, But this is only the beginning, for after came Darkin, who without him, I will never evolve my art, at first it was just a simple improvisation, but now he is plundering my universe, accompanied by His girlfriend Kumo, he forms the best couple of actor in my universe, but they still have a very dark side because they realized all the madness, unhealthy and delirious that I always wanted to do in real life, I'm in a rage about something, and well I draw this rage with Darkin & kumo the couple will follow me all my life, even in my toughest passage, as in "ALONE", because my belief is that we A karma that balances good and evil, there is no good or evil camp, but just a balance we have in our fucking head, Darkin & Kumo are the Ying & Yang of my creativity, they do Good and evil at the same time, for no one is perfect or too nazy in this world that is rotten or better, but just a balance that must know how to dose each of us, Well after seeing you coming, you're going to take me for a crazy brighter dick, because I have a New Age hippie philosophy coming straight out of Bob Marley, and ben I do not give a fuck about critics because I take them as a note to correct my mistakes, and precisely my cocos, that is a fucking evolution of oneself, good after most critics I take them to the first degree, but then I realize My mistakes, because by dint of seeking who is not going, and not thinking like an egoist, I stop to contradict myself, because despite this balance, want to do good around my environment, even if it says to do Some bad action, before, I had a girlfriend on the internet, we love each other and everything, even she had so much problem, that I preferred to remain just friend, and again, because I already think To myself before thinking of the other, After bla bla bla, I like my art very much, because in my opinion it is the simplest to practice, to inspire others to make something better, to improvise something original so that people touch and to make a simple drawing with a Message complicate, I do not know how I have to draw with feeling aunant, because to make art to say that it is just beautiful, it is anything, that always touch the people who surrounds in This world, unknown or not, I do not care, the moment the message passes, this is the most important, because the world changes a lot, and we do not know who right, I may be thor Telling all this, people are lost, doing anything, are direct on what they are going to do, killing, flying, revolting, people will be ready for anything to be happy, having a guy, a dreamer , Who said "Imagine", if this guy was still here today, they might have what to do or nan, and then you think what you of the world?