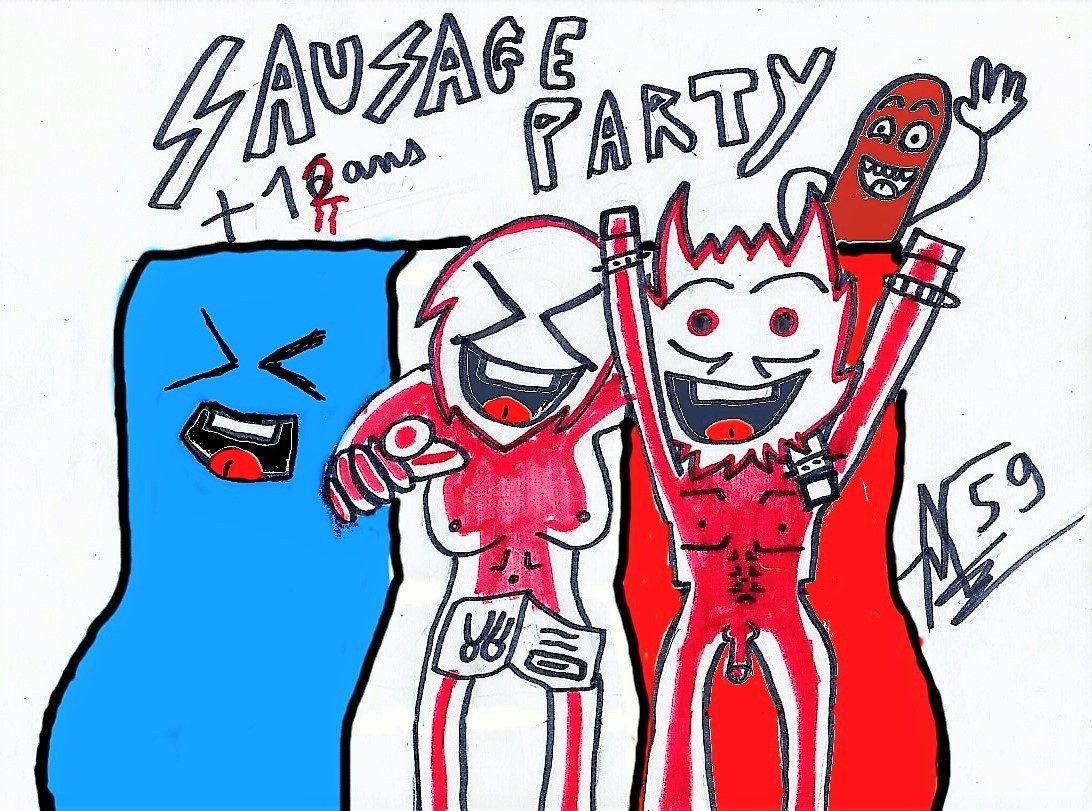 And yes, the famous movie Sausage Party has finally come out in France, and fucking, it even took some time for it to be already polemic by Chrétien associations and the demonstration for all to talk about this film as "a film d 'Animation porno and orgy general', not god that we must not invent ^^. I love the film, it is even the best film a very trash levels and a very black humor that I have ever seen in my life, the same levels as south park film but enormously very well dosed, Because I always love this kind of humor totally disconnect from reality, trash and fat, So already of 1: it is the fault with the CSA, because it put the forbidden film at least 12 years, because it is not on the difference between a last pixar and an episode of South Park XD, The people with their family (including child), we saw the film as if it were normal, for he would have thought to see a cartoon for the whole family in Disney mode, Oh fucking, I guess the head of the kids, the scandalized father and the mother who is going to sex education, by whom there saw, if he had put at least 16 years as in Quebec and the USA (17 years ), Ben, we would not have made a whole cheese XD, and then way the kids, it gets crazy to Call of and GTA, in short, Fuck logic, but I really recommend this movie ^^ P.S: And then way between us, the kids of 12 years, I think he already knew that it's sex before seeing this film XDD