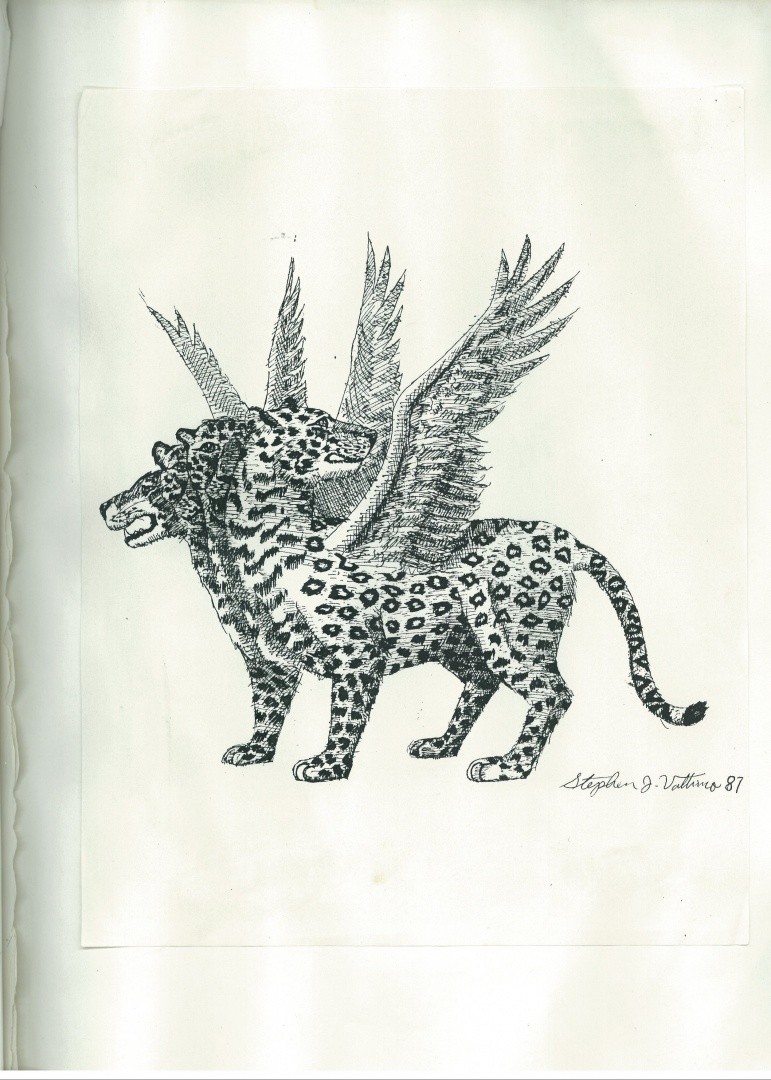 Vision Of The Four Beast Leopard

Medium : Pen and Ink on Bristol Board. Size : 11" x 15 " Year completed : 1987 This rendering is part of a collection of illustration I was asked to do for a college professor who taught a course on Daniel / Revelation at a Bible college which I attended. He used these illustrations as part of his teaching material . In the Book of Daniel, Daniel the prophet had a dream, in which four beasts , different from each other, came out of a stormy ocean . Each beast represented a monarchy that will rise and fall in history, each will have rule over the civilized world. The leopard with Four wing represent the monarchy on the Grecian. Daniel chapter 7 : 6 " After this I kept looking , and behold , another one , like a leopard, which had on it's back four wings of a bird ; the beast also had four heads, and dominion was given to it. Written by Stephen J. Vattimo

Challenge: surealworld VS The Scorpion Art