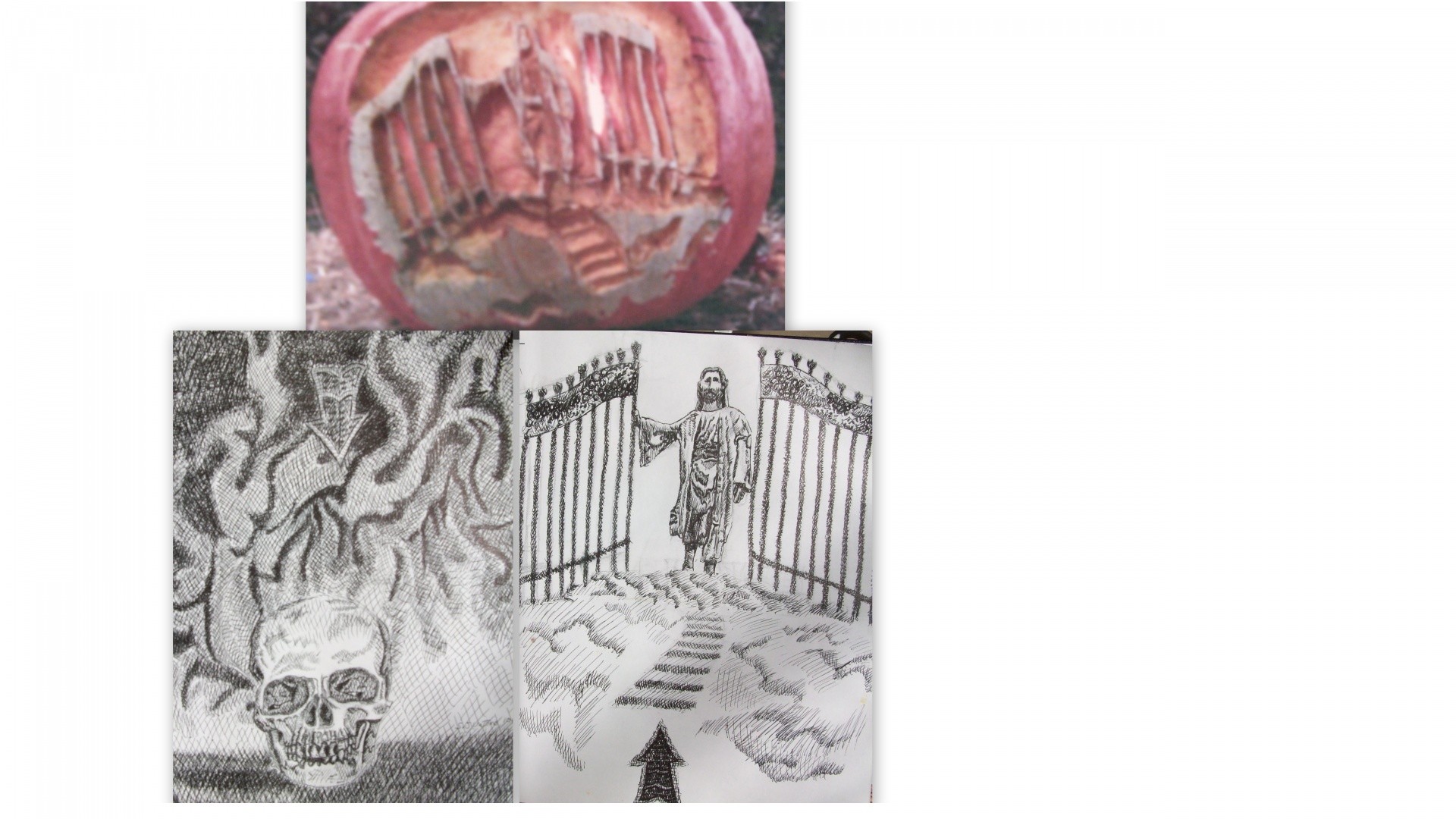 These Pumpkin design sketches were done for my pumpkin I carved at the 2014 Chadds Ford Historical Society's Great Pumpkin Carve, held in Chadds Ford Pa. I also show a Photo of the actual carved pumpkin. In my original design The Jesus at the gate sketch would have been carved above the flaming skull,which represent the two destination which a person has to chose from,where they will spend eternity. In this pumpkin carving event a carver does not know how big or what shape their pumpkin will be. The pumpkin must be carved live at the event and within a time limit of four hours. No electrical tools are allowed to be use in craving one's pumpkin. My pumpkin was smaller than I expected, and the flesh was about five inches thick. So I ended up only carving the Jesus standing in the gates illustration. I carve my pumpkin using a kitchen carving knife,a pair knife,and wood carving hand tools. If this was not a time event, I would have done both illustrations and would have add more detail. Written by Stephen J.Vattimo November 2 , 2014