More artworks made by Wolfierocks45 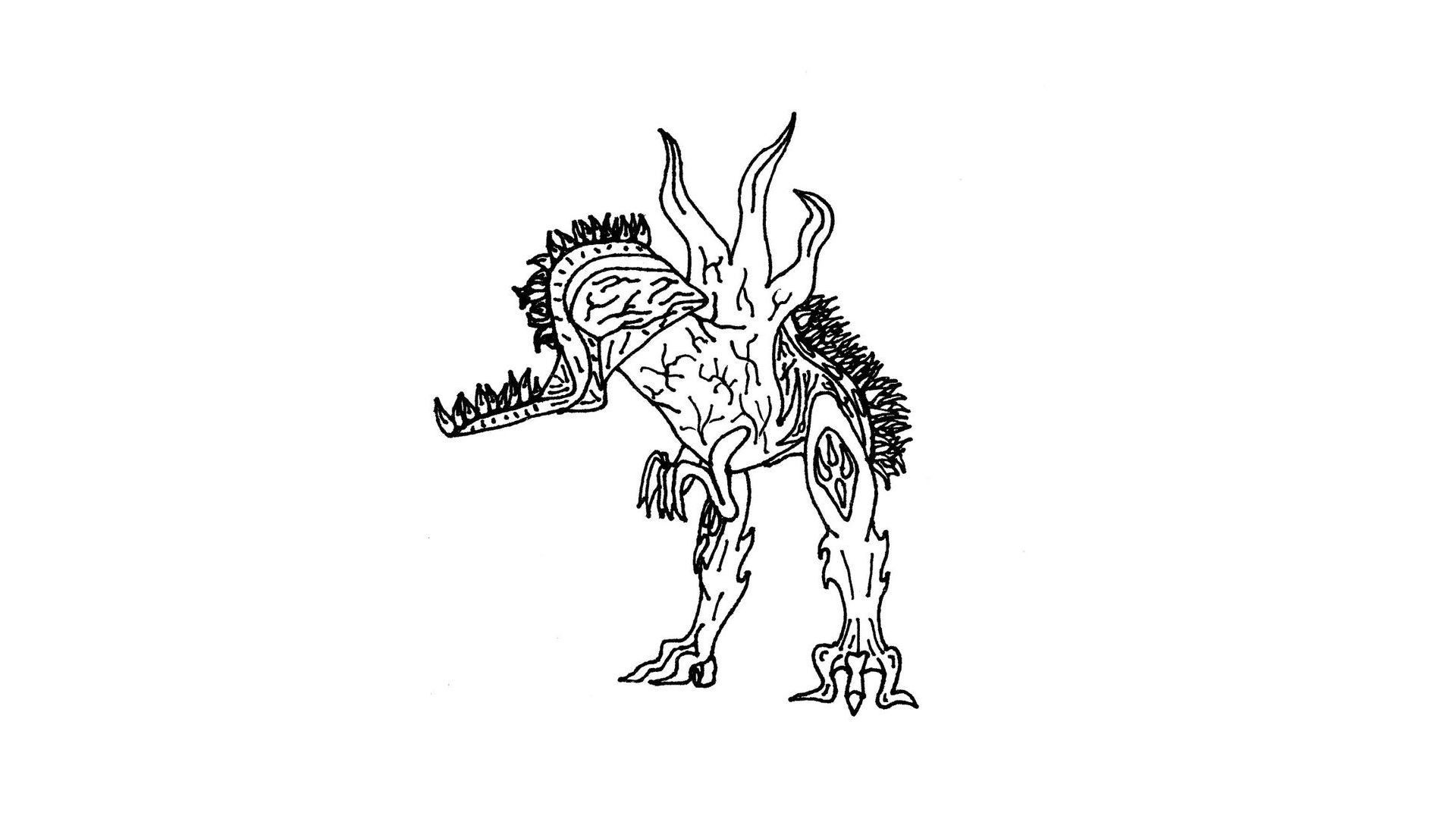 What the shit O_O

Some of the stuff that my head comes up with, that I put on paper. When I first started working on this, I had an idea to make several of them (like a species) and then I realized how much work it took to make this and how hard it would be to re-create another one that is even slightly similar, so I was like "lol nope". Just one is fine. But if it is too hard to figure out (because the thing is not real and is weird as crap) with the head, *it has no eyes *the top of the mouth is made as if it took it's top jaw line and pulled it up onto the top of it's head and then magically made it stay up there. With the feet *standing, not on the feet themselves, but on just the three toeses. The back is something that I haven't even comprehended yet. And the boo-tay is almost like a porcupine but with shorter spikes...I think. WHOAH, THIS IS THE LONGEST DESCRIPTION OF SOMETHING I HAVE EVER TAKEN THE TIME TO DO :D Now I feel accomplished B) Enjoy whatever this monstrosity is o.O