More artworks made by Icearstorm 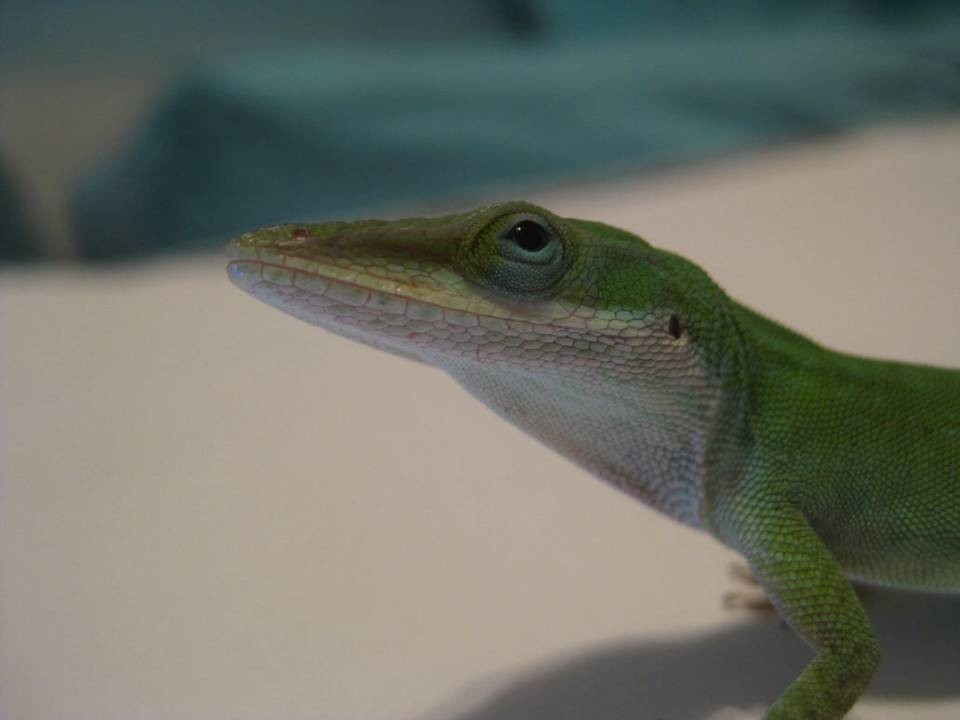 A native species in southeast USA, populations began declining after Cuban Brown Anoles became an invasive species in Florida. Green Anoles can be very docile, easy to care for (compared to other lizards, such as the chameleon) pets. They may bite, but because of their small size- up to four inches, not including tail- bites usually don't hurt or inflict any real damage. Despite being called American chameleons, green anoles are in fact more closely related to iganids, and have restricted green-to-brown color-changing abilies, which are used more for temperature control and mood. Green indicates dominance or a lizard trying to cool down, brown indicates a stressed or cold lizard, and black indicates a very stressed, cold, sick or dying lizard. A green lizard that occasionally does push-ups with an open mouth, black eyespots, sidespots, and an inflated throat or extended dewlap is likely confronting an aggressor or predator and a green male lizard doing push-ups and fanning its dewlap without an extended throat or open mouth may also defending a territory or trying to impress potential mates. When threatened, anoles may flatten themselves out to vertically appear larger, and possibly stronger or harder for predators to eat. The green anole in the picture is an adult male I kept. Feel free to use my photos for reference (no mature content or hate work, though) Please credit. Send me a link to your picture if you would like :D