More artworks made by Mysterious-Gray-Hollow 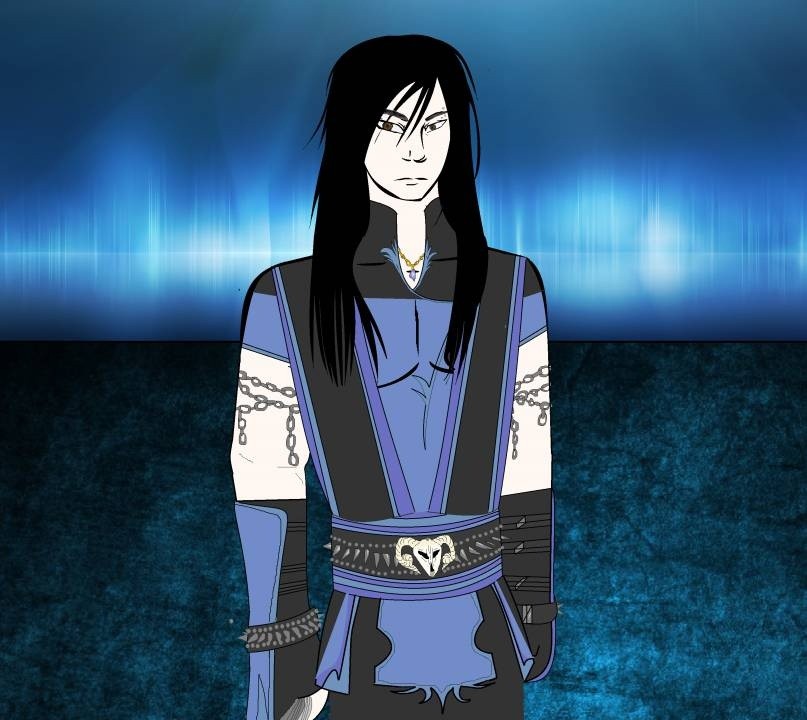 (You may know me as UchihaItsumi from Deviantart.) He is not my oc but the real son of Hanzo Hasashi, aka Scorpion & Kana Hasashi. All I did is just giving him a design on my own and making for him a story. We all know that he died along with her mother, who was his father's wife of course, during the Shirai Ryu massacre. Now that is the point where my own story begins. Jubei had been spared for some different reasons and they take him away from his clan and away from his parents. From that day, Jubei's fate was in the Lin Kuei's cold hands. He spend his childhood with being part of their clan until he became a teenager boy. He didn't knew anything about of Kana and neighter of Hanzo. He was in that thought that he was always been with the Lin Kuei and his parents are died in an accident, because that was he story that they told to him, true that he didn't had a parent with himself still, but he wasn't an orphan. He had a master who thaught him out well and soon he became his current clan's most youngest assassin ninja. You can guess who. He got along well with Kuai Liang and Smoke, like brothers, so he wasn't all alone at all. Also, they also helped him out a lot. But.........one day he found out he's real origin by accidentaly hearing what Sektor was talking about to Quan Chi and his life was just turned a complete 365°. He escaped from them. The clan had never mentioned his name once again in public but they kept his exist in and their searching after their lost member mission in deadly secret. Three and a half week had been passed, and Jubei didn't succesed with his running away and Bi-han talked to him and bought him back. To him that man was kind and he cared for him, just like how he would care for Kuai Liang, his little brother. After they got back home, Bi-han and Jubei had a private talk about of his origin, but he was as stubborn as he didn't told him where did he got to know the codename: Scorpion. While he let Sub-Zero talk, he didn't shared much of his knowledge about of what he knows. He trusts no more in the Lin Kuei, he wasn't sure about if he's playing a role or he's honest with him. Anyhow, Jubei had a great shocking moment from what he just heard from Bi-han, ad he couldn't do anything but shaking and crying from his impotent anger and pure sadness. Sub-Zero felt bad for him and he tried to comfort him, but the little boy pushed him away, then giving up and crying his mother's and father's name. At that time Jubei decided to stay, at least for now, with them. But when the time came, he's planned on meeting with his father, as soon as it's just possible. (I'll gonna finish this, but I have not time to now.)