More artworks made by Stevie The Fixer 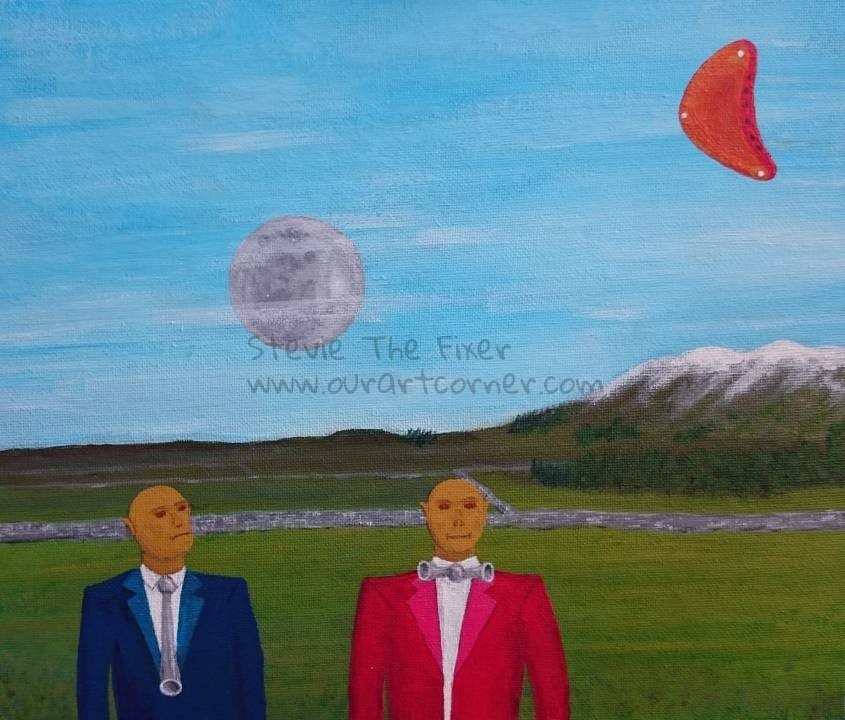 The Origin Of Ties

The Sky-Gods feared that they could not operate in our atmosphere so they made special breathing tubes and tested them with androids first. The Apes saw this and a folk-memory began. To this day it is considered smartly dressed to mimic the tubes, the anti-radiation white body covering and the (usually grey or black) Kevlar-like outer jackets and trousers.