More artworks made by BrandonSP 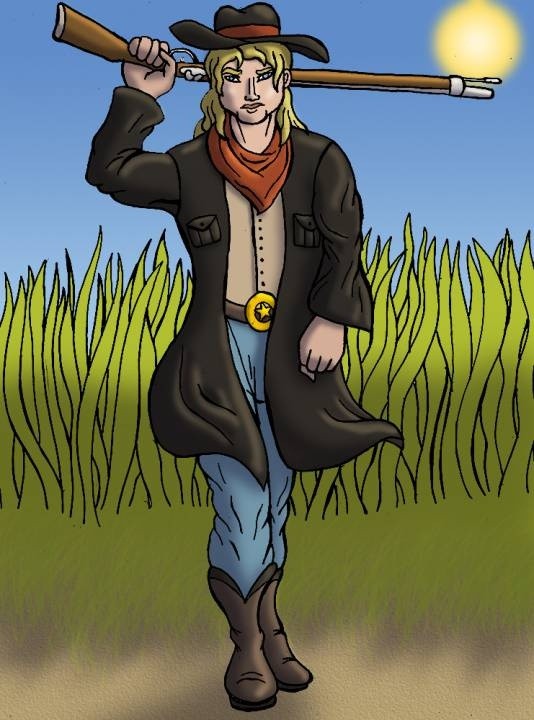 Once famous as the most daring and suave Ranger in all of Texas, Michael Hancock parted ways with both his beloved state and country to protest their brutalization of the Native Americans. Now his pursuit for a new living has brought him to the bushveld of South Africa, where the beautiful warrior Nothembi implores him to help her rescue her brother and people from British predations. At first Mick feels powerless against the might of the British Empire, and worries they might catch him for sale to American bounty-hunters, but his sense of justice (and hots for Nothembi) tell him it's worth the risk. Even if the British plan to develop a new weapon of mass destruction utilizing uranium... I think I may have made Mick's face look a little too "pretty boyish" or effeminate, since he's supposed to be this strong and ruggedly handsome guy. Maybe it's his long hair, but then I like giving my white male characters long tousled hair. As for his black leather trenchcoat, I always thought black leather trenchcoats looked stylish and macho. Ought to get one myself once I can afford one.