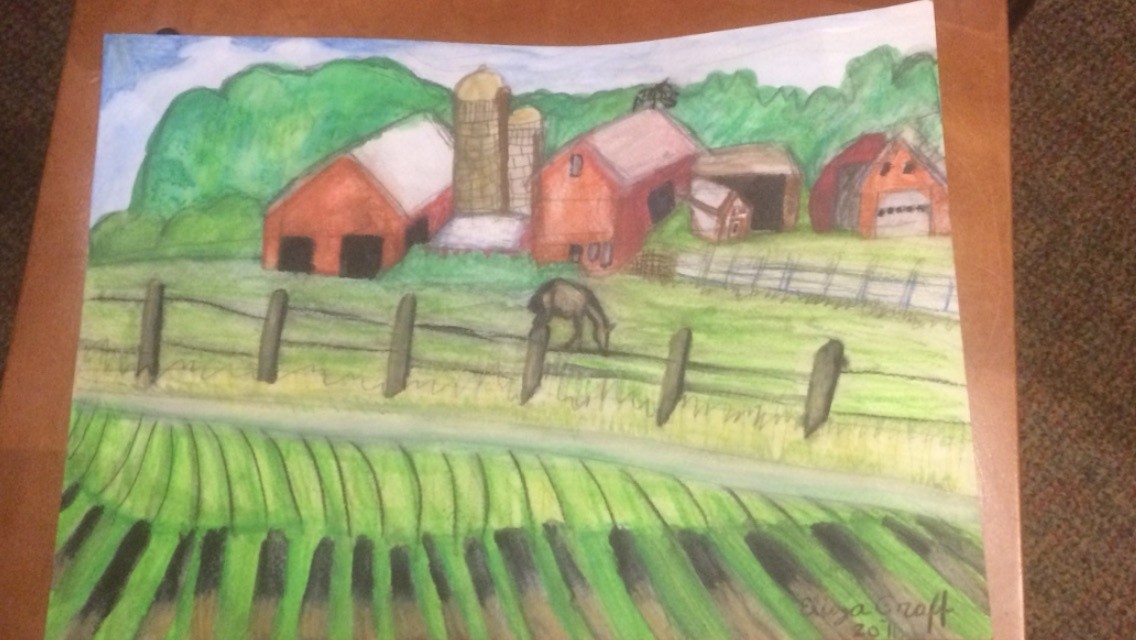 More artworks made by rosecount129 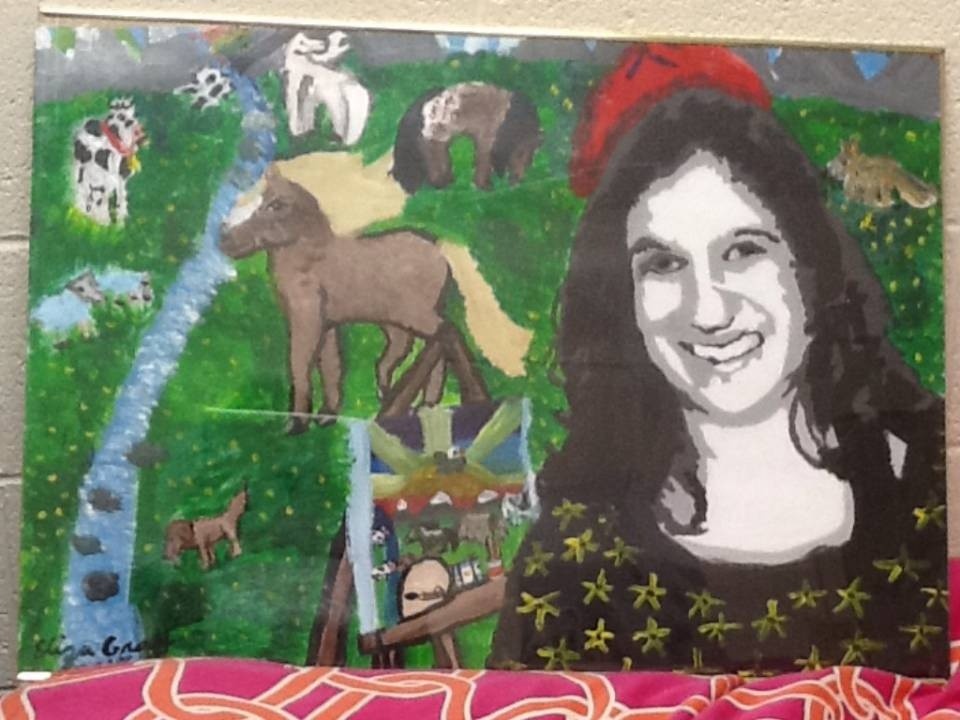 This is a self portrait I did in an elective at school. In order to make it, first I had take a photo of myself. Next, I had to put it on Adobe Photoshop and use a tool called Filter. Then I had to pick cutout in filter and that made the shapes on my portrait. Next I made it black and white and printed it on a projector sheet. Then I projected that picture on the projector and took a poster board and traced the shapes onto it. Next I numbered each shape from 1-5. Each number represented what shade each shape is (kind of like a paint by number). Then I painted it. Anywhere I saw a one, I painted white because that is my lightest tone and as the numbers progressed, I darkened the white to different shades of grey till it got to the last number which was five. The fives were my blackest spots. Then once I was finished, I put in the background. The way I did it was in a country feel picture and I was painting a picture on a canvas of the scene within my portrait. I also made the one in the canvas a different time of day than in my actual portrait. The canvas is at sunset and the portrait is set in the daytime. So it was really cool. I then put the final product into a frame the teacher brought me and now it is done. Hope you like it! :D