More artworks made by Trooper4001 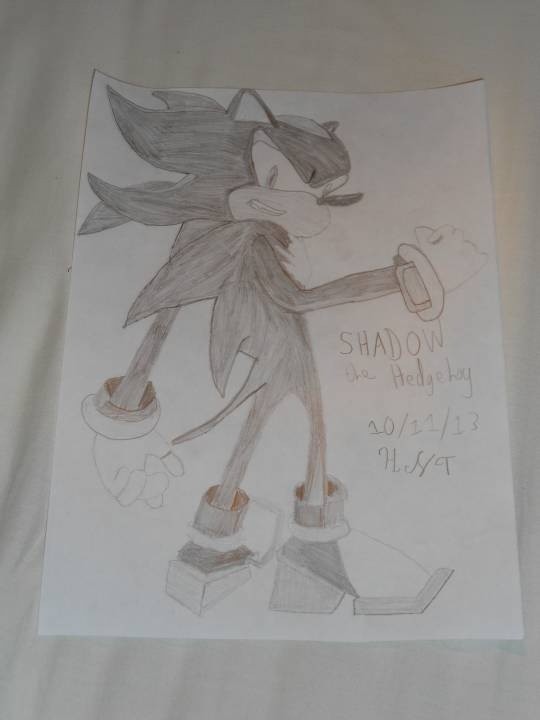 Arch-rival to Sonic the Hedgehog. Created by Professor Gerald Robotnik to be the ultimate life form. Originally created to provide genes that would cure a deadly disease that ailed Robotnik's Granddaughter, Maria, Shadow's first and best friend. He wears white, black, red and yellow Hover Shoes installed with five jets for hovering and Inhibitor Rings on his arms and legs that keeps his power at a controlled state. Once removed, his power increases ten-fold but can tire out his body and even kill him. Like Sonic, He can tap into the power of the seven Chaos Emeralds, increasing his power immensely and transforms him into Super Shadow, capable of flight, moving a light-speed and makes him virtually invincible. Wielding just one of these Chaos Emeralds, he can activate "Chaos Control", allowing him to warp time and space and teleport over large distances in seconds.