More artworks made by themistervolt 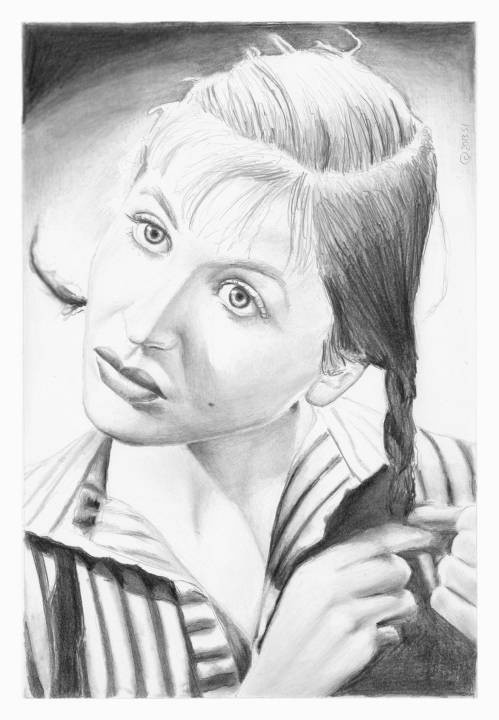 Helga Feddersen (1930 - 1990), german author, acress, singer and comedian in a pencil drawing. She had a lot of humor, but her life was a tragedy She had been considered as an ugly woman. But in her youth she had been very pretty. She got cancer in the age of 25 and had been in hospital for an undergo surgery. Afterwards, she had a facial paralysis and her face became asymetrical. She became a comedian with that face and made me laugh so many times in my youth. She had an own theatre in Hamburg. I'll never forget her.