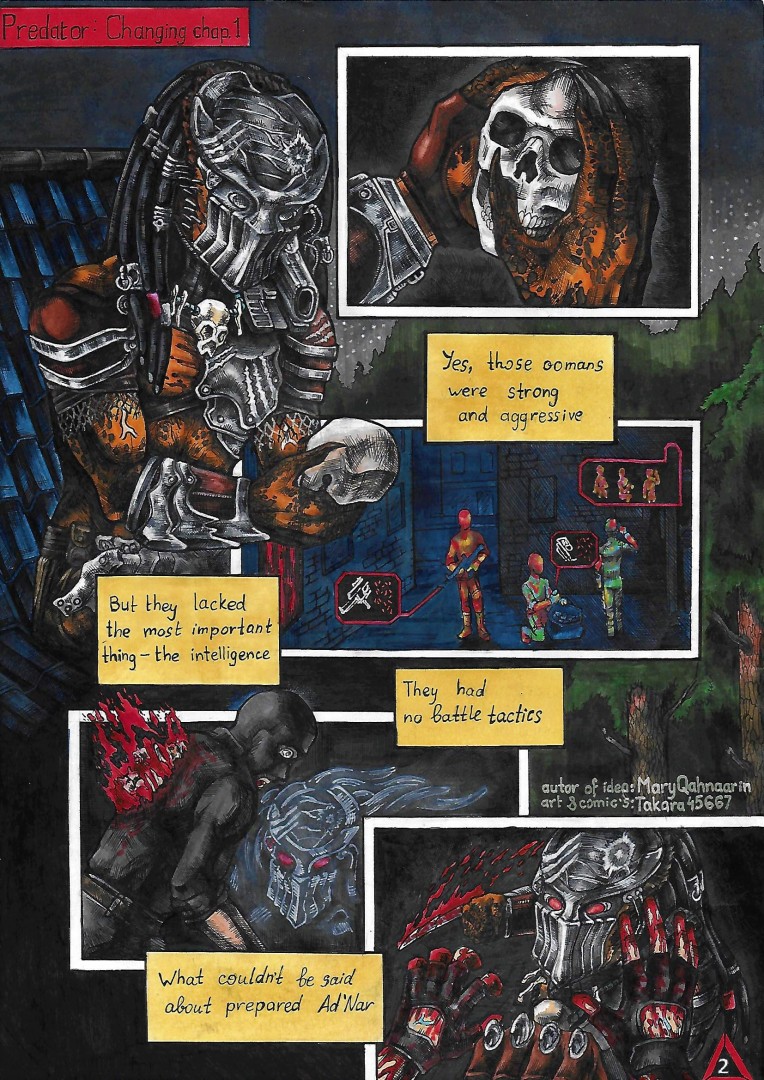 "Ad'Nar proudly reproduced in the memory of the moment of the fight with three armed, aggressive oomans in one of the alleys of the city. Yautja had been watching them since the morning, from the moment they ran out of the big, high-rise, light-colored building in the center of the city. Ad'Nar remembered that behind one of them there was a volume bag, two others held the machine gun, covering ooman with a bag. As understood Ad'Nar, who was on the roof of one of the neighboring buildings. The three of them had done something illegal, for a few moments later a group of ooman, much better armed and dressed in dark uniforms, rushed after them. As yautja later determined, the three had run out of the "Bank," a place whose purpose remained unclear to Ad'Nar. The only, that him was known-ooman stashed there their money. Criminals still managed to successfully break away from the chase and hide somewhere on the outskirts of the city. There by evening, Ad'Nar and began hunting them. Very soon their skulls became trophies of an alien hunter. Yes, we must admit, these oomans was a strong, aggressive. However, they lacked glavnog-intelegence. They don't have any tactics waging battlefield, what cannot be said about prepared Ad'Nar. -I redrawn this page for a long time because I wanted to make an extended version ,but decided to stay on this version. art & comic's © me Autor of idea and translate © MaryQahnaarin