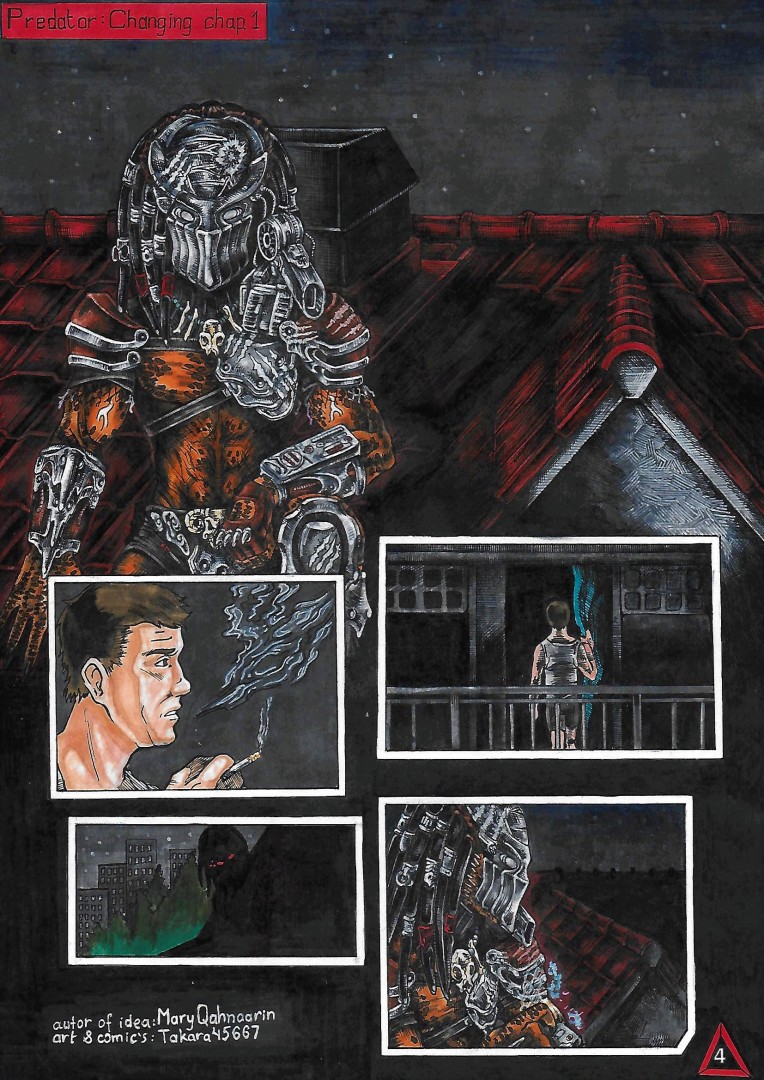 "But then his thought was cut off on the balcony located just below the resting place of yautja, came the ooman. Man. Ad'Nar leaned forward cautiously, watching him. He took a finger-long, thin white wand between his lips. Then he took a metal box from the pocket of his wide trousers, pressed it with his finger, and held it to his mouth. The strip immediately began to smoulder and emit a fetid smoke that even the filters in yautja's mask could not protect. Barely able to keep from wheezing, Ad'Nar leaned back and breathed heavily. Waiting for the smoke from theomatop rising into the dark sky, yautja again jumped over the edge of the roof. " - this page had to be drawn for a long time, not because of the tiles ... because of other problems. Deal in is emerged complexity with repair machines (engulfed technician, which nothing not knows, so still and ripping off 40K. Had to the most study edifice machines Kia, and questioning this technique on place....well, he was fired.) And even more so, I rebuilt the system unit and installed him a new video card ( and then stood since 2000), so it now works smartly and drags all the games(tested the video card on Dark Souls 2 and it works perfectly, even without brakes as before)....For this page I used some fragments from the comic book "Predator: Kindred "and" activation of disguise " I drew from the Predator Upgrade. art & comic's © me Autor of idea and translate © MaryQahnaarin