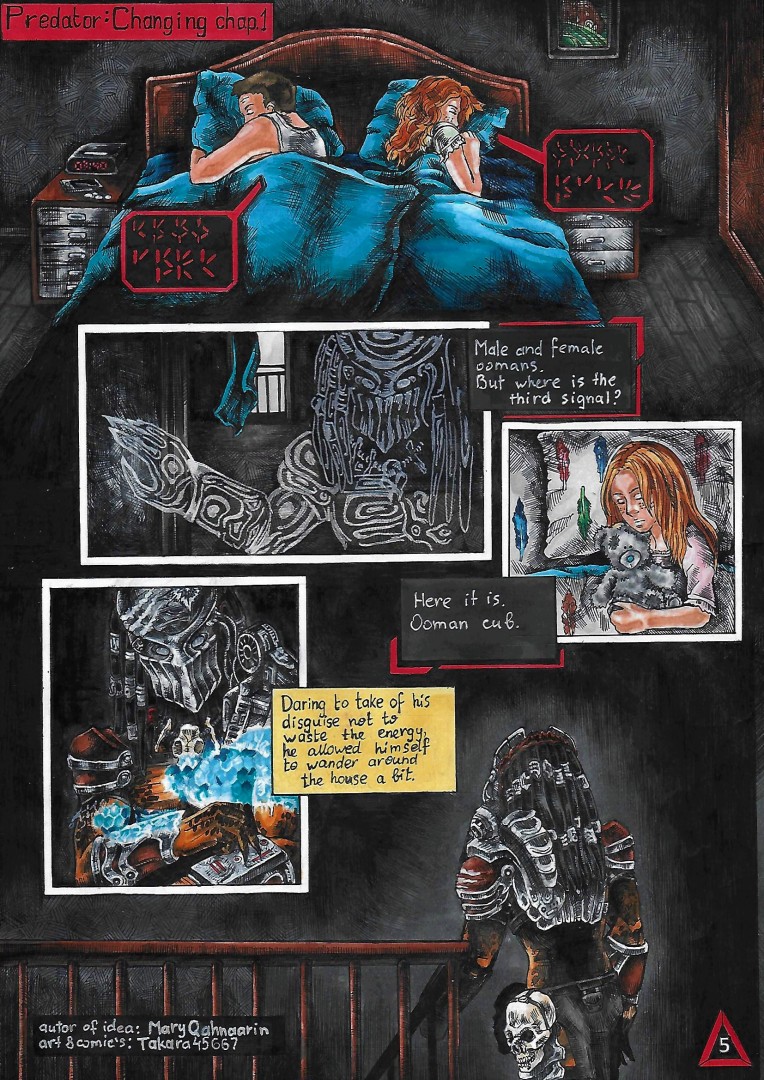 Noting with satisfaction that the male was gone, Ad'nar leaped lightly to the balcony. The door was unlocked, so he switched on his disguise and eased inside, letting in the cool night breeze that blew through the thin curtains. Trying to tread as quietly as possible, Hell,"Nar walked across the room. Then he stopped beside the big bed. Two men slept on it. One the very fog* with balcony, and the other his called the. But Hell " Nar felt three in this house. He headed out of the room, hoping to find that third signal. It was a girl of about twelve, sleeping in the next room. ""Cub," I guessed. After watching her steady, slow breathing for a while, fascinated, he went downstairs. Daring to remove his disguise so as not to waste energy, Ad'nar allowed himself to wander around the first floor of the dwelling." art & comic's © me Autor of idea and translate © MaryQahnaarin