More artworks made by bennijssen 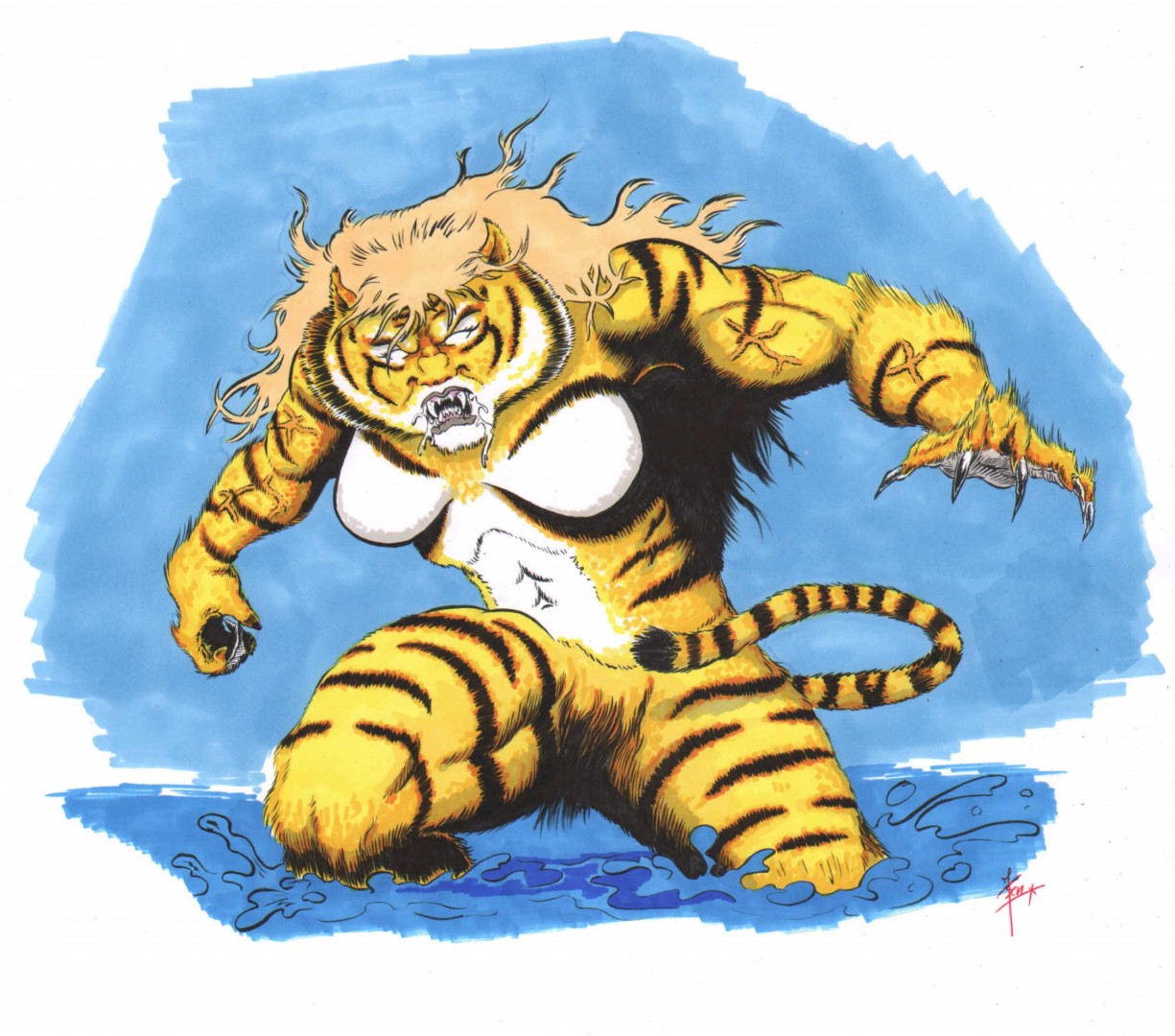 Story: Sally Monroe was a animal rights activist fighting to stop the trade and killing of endangered species of animals. While in the jungles in India trying to stop the hunt for Tigers she was wounded by the poachers she was tracking. Hiding in a narrow cave she fell in a hole and emerged in an old forgotten underground temple. There she found out that the temple was build by a ancient race in honor of Mother Nature. Sally activated by accident an old portal that emitted powerful energy that pulled her into a space where she heard the voice of Mother Nature telling her she has been chosen to defend the animals and nature against the greed of mankind. She felt her body change and saw and felt her muscles grow incredible strong, claws emerged from her fingertips and fur grew all over her body. When she emerged from the portal she saw in a reflection that she had become T'shara the Tigress.